Kudos to Marc Fennell for bringing this to my attention...

I haven't uploaded a video to YouTube since the Comedy Festival back in March. This has been due to
So this week, I decided I'd get back into putting some things back on YouTube. I have a handful of short songs that I never got around to writing or recording because they were just silly little things.

This most recent one I wrote for 22 Sketches... back in November and was one of the songs I did at my first open mic at the Newmarket Hotel. It didn't go down that well at Newmarket, but it got a HUGE laugh and cheer at both of the 22 Sketches performances. I have video of it live, but it's out of focus. So here it is: my one joke ode to Brisbane drinking venues.

Former rugby league player and now commentator Peter Sterling, and the principal from Back To The Future (you're a SLACKER, McFly!). 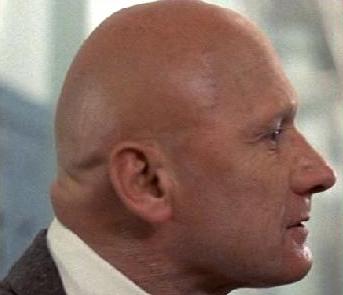 Radiopedia returns (but not from me)

So this upset me.

Last year, you'll have read - and you can find the blog post about it - that myself and a handful of mates entered a competition for ABC Radio's Comedy Hour project, being launched by Adam Hills, as a means of emulating the radio comedy legacy of Aunty's mother radio network, the BBC.
I was frustrated and disappointed at the time that none of us even received a rejection email to say "thanks but no thanks". Because I had heard from friends down south that they HAD been told whether they were successful or not.
The concept that I pitched was a Wikipedia themed sketch show, providing a very loose structure and narrative to effectively do any radio skits or songs we wanted, while linking it together with a bit of a grammatically poor lunatic of a narrator (like Tom Baker in Little Britain without the pomposity), replicating the often inaccurate nature of Wikipedia. I thought it was unique and a winner of a concept for a sketch show.
I read here on The Chortle, about ten months later, that a Wikipedia themed sketch show filled with inaccuracies has been commissioned by Radio 4 in the UK...

Stand-ups Nick Doody and Matt Kirshen have landed a four-part series for Radio 4.

The pair are currently writing the scripts for Bigipedia, described as 'a malevolent mix between Google. Microsoft and Wikipedia'.

Kirshen says he finds the 12-hour days preparing for the show gruelling, writing on his Twitter page: 'If I'd worked this hard at uni I wouldn't be in comedy.'

Doody has previously described the series as 'a piss-take of Wikipedia, with all the same inaccuracies, written by nutters'.

The show will be recorded from this week, and go out in late July. It was commissioned from independent production house Pozzitive following a successful pilot last year.

It was only a matter of time of course before someone spoofed Wikipedia, and there's no guarantee it'll be exactly the same concept as I originally imagined nor the tone of comedy, but it's just reminded me how disappointed I was when an idea I thought was really good and had lots of potential wasn't even noticed.
Posted by James at 1:11 AM No comments: