New images and a press release for Working Dog's new show "The Hollowmen" screening in July on the ABC, featuring a return to on-camera work from Rob Sitch and Santo Cilauro (thanks to TV Tonight - click through for more images and commentary). 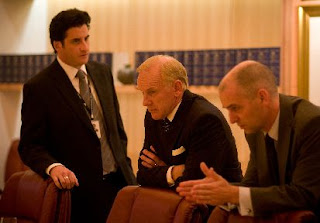 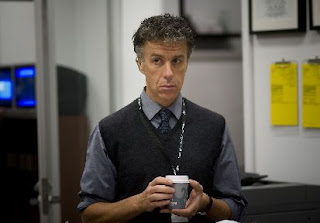 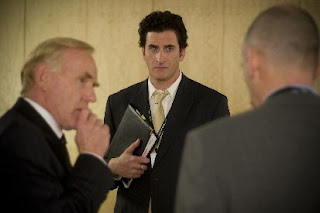 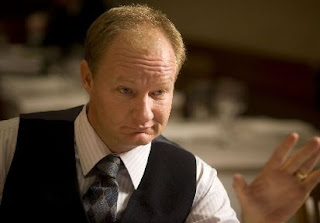 The Hollowmen is a comedy / drama set in the offices of the Central Policy Unit, a special think tank personally set up by the Prime Minister to help him in the most important job of all – getting reelected.

Their brief is “long term vision”; to stop worrying about tomorrow’s headlines, and focus on next week’s. The series examines the rise of a new class in Canberra – that of the professional advisor. In the past it was politicians, guided by public servants, who made the decisions. Today they have “staffers”, dozens of paid advisors.

We don’t vote for them, we don’t even know their names, and we’re not quite sure what they do. But they wield enormous influence. They are very much the power behind the power. They are The Hollowmen.